On Dec 15, 1995 ZetaTalk stated that Moon Cities existed, and on July 15, 1995 that Tetrahedral Crystals were used on the Moon by the Annunaki, and on April 15, 1996 that the Astronauts had been warned into silence about them, the Apollo 13 problems being one example of this intimidation.

The Moon was used as an outpost by groups conducting genetic engineering operations on Earth, as many of these groups found the Earth to be a virtual swamp of life - murky, unpredictable, crawling with bugs and germs, and subject to erratic weather extremes. Their scientists had their specimens brought to the lab for detail work, and returned the fertilized ova for implantation. Thus, the structures seen on the Moon are ancient, and are a combination of the shards of Moon cities from genetic engineering operations and the shards of communication crystals - abandoned and idle but causing quite a stir among humans these days.
ZetaTalk Moon Cities, written Dec 15, 1995
This was one of the things noticed by the astonished astronauts when they disembarked on the Moon. We are speaking here primarily of the inhabitants of Planet X. They had established a communication post on the Moon.
ZetaTalk Tetrahedral Crystals, written July 15, 1995
The world watched in rapt attention during the first Apollo Moon landing - a first for mankind. The comments made by the astonished astronauts, who noted signs that they were not the first visitors to the Moon, have generated all manner of speculation. What did they see? From the Earth, the surface of the Moon looks placid, unwashed by water and without an atmosphere, nothing moves on the pock marked surface. Up close, however, one would discover dust covered litter and tracks left by vehicles, unmistakable signs that mankind was not the first. Machinery parts, collapsed structures, tie lines, and even a wheel or two here and there, covered by space dust that never washes away, these items look no different from Earth than the dust covered rocks and craters.
ZetaTalk Silenced Astronauts, written on Apr 15, 1996
To abort the enthusiastic Moon missions, which were often being watched live by the public, the CIA threw a wrench in the works.
ZetaTalk Apollo 13, written on May 15, 1996

By March 8, 1999 the Paranormal site and a UPN Channel 13 News film clip documents this.And the 2009 revelation by a former NASA employee of an Annunaki symbol discovered on the Moon virtually proves the Zetas to be correct. 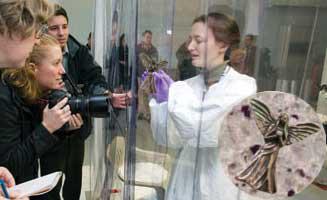 200,000 Year Old Statue Found On Moon
May 5, 2009
http://thecrit.com/2009/05/05/200000-year-old-statue-found-on-moon/
A noted scientist has just produced proof that the lunar surface was inhabited by intelligent life: a 10-inch angel sculpture embedded in a moon rock. Geologist Dr. Morris Charles revealed last week that NASA lab workers chipped the angel from one of the rocks brought to Earth by Apollo 11 astronauts 40 years ago, in 1969. Dr. Charles was a NASA scientist himself for 23 years but left the agency in 1987. He still maintains close ties to many of his former colleagues.

The angel - a humanoid female with wing-like appendages on her back and long flowing hair - is made of an iron compound found exclusively in the highlands of the moon. This rules out the possibility that it was dropped by a race of aliens from another planet. It's been hand polished to a silvery metallic sheen. Based on chemical analysis of the metal, geologists estimate the sculpture to be 200,000 years old which means it was made 170,000 years before the human species appeared on Earth. The Sumerians told stories of the Annunaki, winged deities, as far back as 18th century BC. Zecharia Sitchin has already shown in The Twelfth Planet that the statues of gods and goddesses from Sumer present special helmets with protuberances on both sides. Many drawings on the Sumerian plates show the gods with wings, which were not belonging to the body, but they were accessories of the flight suit, therefore the gods looked like eagle. 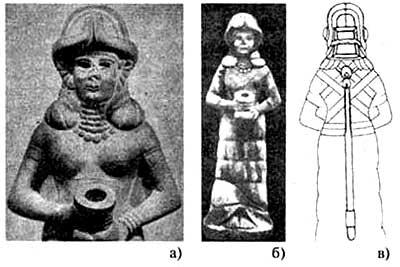